Youthfulness and attractiveness are also attributes that are associated with beautiful and full hair. Unfortunately, not everyone is naturally blessed with dense hair growth. For some, the hair on the head is already thin and fine by nature, while for others, the hair splendor only disappears over the years. The most common form of hair loss is androgenetic alopecia, medically alopecia androgenetica or colloquially: hereditary hair loss. When asked about the statistics, about 40% of women and about every second man suffer from it. An unmistakable sign of androgenetic alopecia in men is the so-called receding hairline, which occurs at the beginning of this form of hair loss.

Of course, there is also a permanent and above all sustainable remedy for this type of hair loss, namely a hair transplant.

This surgery has become one of the most common cosmetic surgery procedures and has become part of the “mainstream”, so to speak. At least since celebrities like soccer player Wayne Rooney or soccer coach Jürgen Klopp underwent a hair transplant in order to fix their receding hairline.

Hereditary hair loss in men usually begins in the early twenties, but already at puberty there are first signs that later hair loss can occur.

In androgenetic alopecia, the hair roots are sensitive to DHT, an androgen that is formed from the hormone testosterone. Perhaps one or the other thinks now that men who are bald or have a receding hairline have crazy amounts of this “masculine hormone” in their blood, and therefore their hair falls out. But that is definitely not the case.

How quickly hair loss progresses varies from person to person. Some men only have receding hairline into old age, while others are almost bald by the mid-twenties. The cause is, as the name suggests hereditary hair loss, in the genes.

By the way, with Alopecia Androgenetica the hair never falls out completely. In the so-called hair ring area, the hair continues to grow, even if the hair loss is already relatively advanced. This is because the hair that grows there is relatively insensitive to DHT.

If the hair falls out completely, it is more likely that the affected person will suffer from Alopecia Totalis or Alopecia Universalis – a form of circular hair loss in which the immune system attacks the hair follicles. It is an autoimmune disease.

In the past, especially in ancient Greece, receding hairline was considered a sign of dignified aging. Even in medieval paintings you can often find gentlemen who were unmistakably painted with receding hairlines. 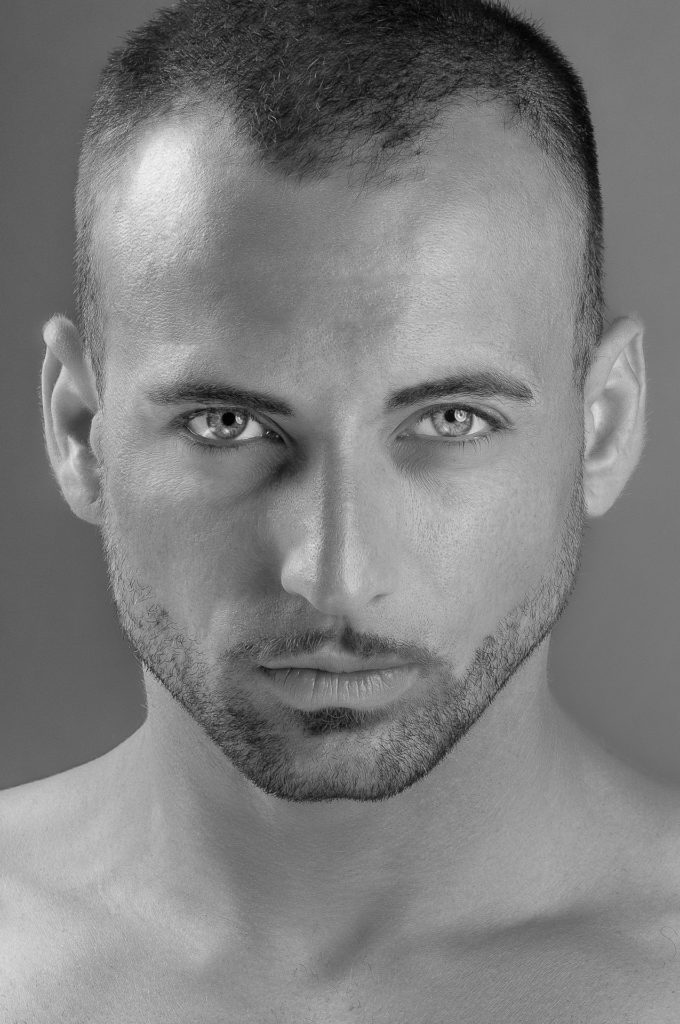 Can women also have a receding hairline?

Androgenic alopecia does not spare women either. For them, hair loss usually begins much later, usually with the onset of menopause, when the hormonal balance becomes unbalanced. But that doesn’t mean that not even very young women can suffer from hereditary hair loss.

In the case of women, the hair mostly falls out along the center parting, until at some point hair no longer grows back and bald spots develop. Complete baldness is rare. But receding hairline can also occur.

Women can of course undergo a hair transplant just like men in order to tackle their receding hairline or hereditary hair loss.

What techniques are used in a hair transplant?

Today, two methods have been established to replenish hair that is becoming thinner – the FUT method and the FUE method.

With the FUT method , also known as the strip technique, a narrow strip of skin is first removed from the donor area. In this area the grafts, i.e. the hair follicles in which the hair roots are located, are harvested. The grafts are then dissected out of this strip of skin and inserted into the recipient area – i.e. the receding hairline. The doctor pays careful attention to the natural direction of hair growth so that the subsequent result is as natural as possible.

Then the wound, which is caused by the removal of the skin strip, is sewn again using a special technique. All that remains is a narrow scar that can be covered with the hair. The FUT method is very suitable for people who like to wear their hair longer or who suffer from a more aggressive hair loss. The abbreviation FUT stands for Follicular Unit Transplantation.

With the FUE hair transplant method, the grafts are removed individually from the donor area in the first treatment step. This is in the hair ring, which is also called the donor area. The special thing about the hair that grows there, as already mentioned above, is that they are relatively insensitive to the hormone DHT. The removal takes place with the help of a special hollow needle. Then the hair root canals in the recipient area – i.e. the receding hairline – are opened and the quality of the hair follicles checked under a microscope.

In the second treatment step, the grafts are then reinserted into the recipient area. The doctor also pays close attention to the natural direction of hair growth. The abbreviation FUE stands for Follicular Unit Extraction and is currently the most modern method for hair transplantation.

If, for example, an affected person does not have enough material in the donor area due to an accident, bodygrafts can also be used, i.e. hair from other areas of the body. With the DHI hair transplant method, which is based on the FUE technique, the opening of the hair channels is completely skipped and the grafts are transplanted “in real time”.

Hair transplants – not only for a receding hairline – are among the least risky cosmetic surgery procedures. The operation is usually carried out minimally invasively under local anesthesia. The greatest risk is with the FUT technique. If the treating cosmetic surgeon / specialist does not master the suturing technique properly, there is a risk that an unsightly and bulging scar may remain.

The receding hairline is not a fate with which you irrevocably have to put up with. A hair transplant can permanently replenish the bald spots on the temples. Finally, the question of the cost of hair transplantation remains. However, this cannot be answered in general, since it depends on how far the hair loss has progressed. Do you only need to fill your receding temples or do you have a more aggressive form of hair loss involving a receding hairline and bald crown? The more grafts that need to be transplanted, the more expensive the procedure becomes. However, if you chose to have a hair transplant in Turkey, you can save a lot of money compared to a hair transplant in the US or UK without compromising on quality.