Hair falls out, that’s a natural process. People lose head and body hair every day. The body creates space for new ones. So you don’t have to worry if there are a few more hairs in the sink in the morning. It only becomes worrying when the hair suddenly falls out in tufts, does not grow back and the body hair becomes increasingly sparse. Then there is quite a possibility that you suffer from Alopecia Universalis – total hair loss.

What is Alopecia Universalis?

Alopecia Universalis does not only mean the loss of hair on the head – which would still be okay under certain circumstances. Total hair loss in this case is meant quite literally – the total loss of all body hair.

Besides eyelashes, eyebrows and pubic hair, the hair in the ears and nose also falls out and does not grow back.

This can have serious consequences, because these hairs represent an important protective barrier – not only against dirt and dust, but also against pathogens.

People who suffer from total hair loss are therefore exposed to a greater risk of infection. Alopecia Universalis can also be fatal for allergy sufferers – because the missing hair makes it easier for allergens to enter the body. 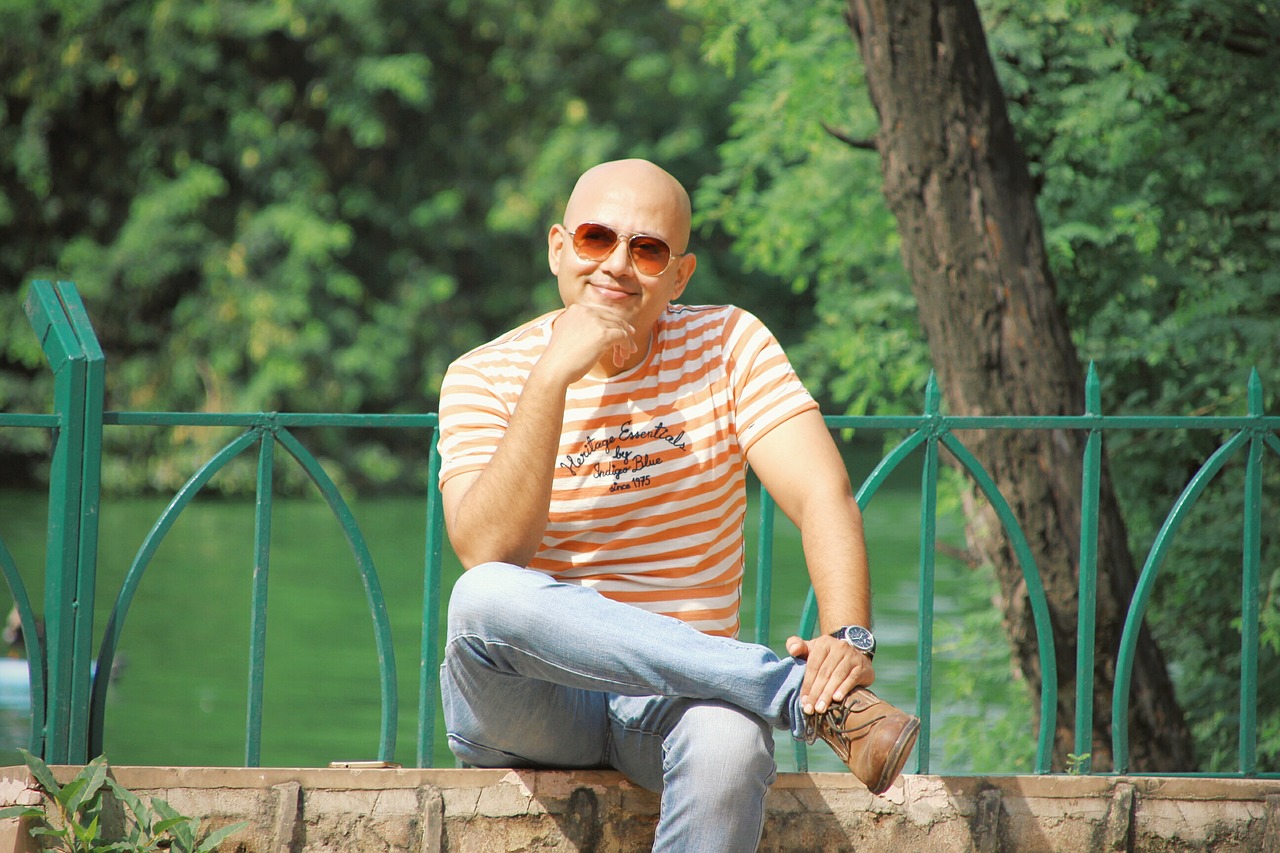 Alopecia Universalis usually begins like Alopecia Areata (circular hair loss) slowly and continuously. This means that circular or oval bald spots initially form on the scalp and/or facial hair. This hair loss is completely painless. Some affected people only report a slight burning and itching in the areas where the hair has fallen out.

Mostly the bald spots are discovered during regular haircuts or hair styling. As the disease progresses, the circular bald spots become larger and larger and the body hair starts to get less and less.

If the hair loss is perhaps only imperceptible at the beginning, there is a possibility that it will increase rapidly in the course of the disease. In some cases the hair falls out in tufts, especially when washing and combing the hair daily. Ultimately, Alopecia Universalis leads to complete loss of all hair, including body hair.

Total hair loss is usually not accompanied by health complications. Very rarely, the lymph nodes swell up or the finger and toenails are affected. These then show strong grooves or feel rough.

The speed of the hair fall from alopecia universalis varies from person to person. In some people, total hair loss occurs relatively quickly – within a few days or months. For others, it can take decades.

Total hair loss usually occurs between the ages of 12 and 35. But there are also people who have lost all their hair at an early age. The disease occurs equally frequently in men and women. Only women usually suffer more psychologically from the complete loss of their hair. But this also has to do with social perception.

What are the Causes?

What exactly triggers Alopecia Universalis, has not yet been conclusively clarified. The only thing that is certain is that it is an autoimmune disease. The body’s own immune system attacks the hair follicles. This causes inflammation of the hair roots, the hair falls out and does not grow back.

There is a suspicion that total hair loss is caused by permanent psychological stress. But also a certain genetic disposition can lead to total hair loss. Alopecia Universalis occurs relatively frequently within a family (in up to 25% of cases). It is also possible that a genetic defect is to blame.

In addition, certain medications are suspected to cause total hair loss, such as certain antibiotics. However, as already mentioned, this has not yet been definitively clarified.

Hair that grows back after total hair loss is completely white at the beginning. The pigmentation only gradually reappears.

By the way, Alopecia totalis is an autoimmune disease in which only the hair on our head is affected. Eyelashes, eyebrows and body hair are not affected.

Unfortunately there is no way to treat Alopecia Universalis successfully. Some doctors treat incipient circular hair loss with cortisone, other anti-inflammatory drugs or with zinc preparations.

In America, patients have been successfully treated with a drug that is supposed to help with arthritis. It is said that after about 9 months of regular use, the patients’ hair has supposedly started to grow again. However, this drug is not approved in Europe.

Nowadays, people no longer need hair to survive. Although there is an increased susceptibility to infection due to the lack of nose and ear hair, this can be relatively well controlled with medication.

This is why Alopecia Totalis and Alopecia Universalis are actually considered more of a cosmetic problem – at least from a medical point of view.

But some people are obviously not happy with the complete loss of hair. Especially women often suffer extremely from complete hair loss. Because even today, a flowing mane also stands for sex appeal and femininity. In addition, the total loss of hair often means a massive change in appearance. Many affected people are afraid of other people’s reaction. In the worst case, they even develop a phobia and no longer go out, thus socially marginalising themselves.

Here it can be helpful to seek psychological help. In some cities and communities there are also self-help groups.

Neither Alopecia totalis nor Alopecia universalis are contagious. They are “merely” an extreme form of Alopecia Areata.

Normally, a hair transplant can provide permanent relief from hair loss. Unfortunately, this does not apply to total hair loss. Because the immune system would immediately attack the transplanted follicles again and all the work and financial investment would be in vain.

Many people who suffer from total hair loss like to resort to wigs and toupees. Whether one prefers to be a different type of hair every day or prefers to buy hair that looks as close as possible to natural hair is up to each individual. In some cases even the health insurance companies cover a part of the costs for the second hair.

For the winter, it is definitely recommended to buy several hats and caps as you can catch a cold easily with a bald head.

With the help of permanent make-up, you can re-create your eyebrows. Thanks to new techniques, they also look extremely natural.

Hair pigmentation is also possible as a further aid. With this special technique, small pigment spots are placed on the scalp. Viewed as a whole, these then look like a short hairstyle.

As already mentioned, this form of hair loss is an autoimmune disease. The immune system suddenly sees the hair roots as foreign bodies and starts to attack them. This causes the hair to fall out. The causes have not yet been clarified.

Unfortunately, a therapy is also not possible due to this reason. Even a hair transplant is impossible with these two extreme forms, because the transplanted hair follicles would be immediately rejected.

It is important that you seek psychological help if you suffer from this extreme form of hair loss and you are at a loss. By the way, alopecia – in whatever form – is not contagious.